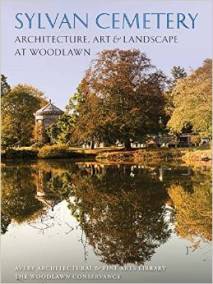 Sylvan Cemetery: Architecture, Art and Landscape at Woodlawn coincides with Woodlawn’s 150th anniversary celebration, and is an outgrowth of the Cemetery’s 2006 gift of its archive the most complete set of 19th and 20th century cemetery records held in the public trust to the Avery Architectural and Fine Arts Library at Columbia University.

Sylvan Cemetery highlights the renowned architects, artists, artisans and landscape designers whose work has come to define Woodlawn Cemetery, which was designated a National Historic Landmark in 2011 for the significance of its art and architecture. Through the display of preparatory and design drawings and sketches, maps, building elevations, early photographs, maintenance records and letters, the exhibition will examine Woodlawn’s creation in 1863, its response and adaptation to changing ideas about memorial monuments and commemorative landscapes since then and its role in defining the art, architecture and landscape of American cemeteries.

Sylvan Cemetery: Architecture, Art and Landscape at Woodlawn is available through Amazon.com and Worldwide Books.